This incident happened an hour ago today (Friday, December 8th, 2017). I work for a multinational corporate and I am in a decent position in the office. I use Cross Country Trains regularly to commute to my client location at Sheffield and back home to Newcastle upon Tyne. It's been around seven months - three months as a First Class passenger and rest as a standard class one.

I don't need to talk about the first class treatment you get at trains, but I had a pretty decent service in the standard class so far. But today, it was annoying. Well, my trains are always scheduled on the 16:21 Cross Country Trains from Sheffield to Newcastle upon Tyne. I rarely miss my train but even when it happens, I haven't had a problem.

Since the train stops only for a few minutes at Sheffield and being a Friday evening, the station was heavily crowded. I had to get into the train within that time, no matter what, else I had to wait for half an hour. So I got into the F coach, while my seat was in L 13A. The moment I tried navigating to my coach while the train was on the move, I found that I had to board the other train that was attached to my current one.

Advising that the next stop, Wakefield Westgate takes another half an hour to arrive, I was trying to find a place to sit in the same coach, but tough luck, I didn't get any seats. The travel ticket examiner came and he punched the ticket once, just once. I asked him what should I do when I get to the other coach and they try to inspect the punched ticket, and he said it's okay and the other person will accept as he's getting down at York station.

Well, you have to see the look she gave and she didn't accept that it was a genuine case for a while. I work for a reputed company and I travel in Cross Country almost thrice a week. She gave me a feel that I was a cheater and held me up like I was convicted. After a few arguments, what she did was totally annoying and offending. I was hurt to see what she did to the ticket. 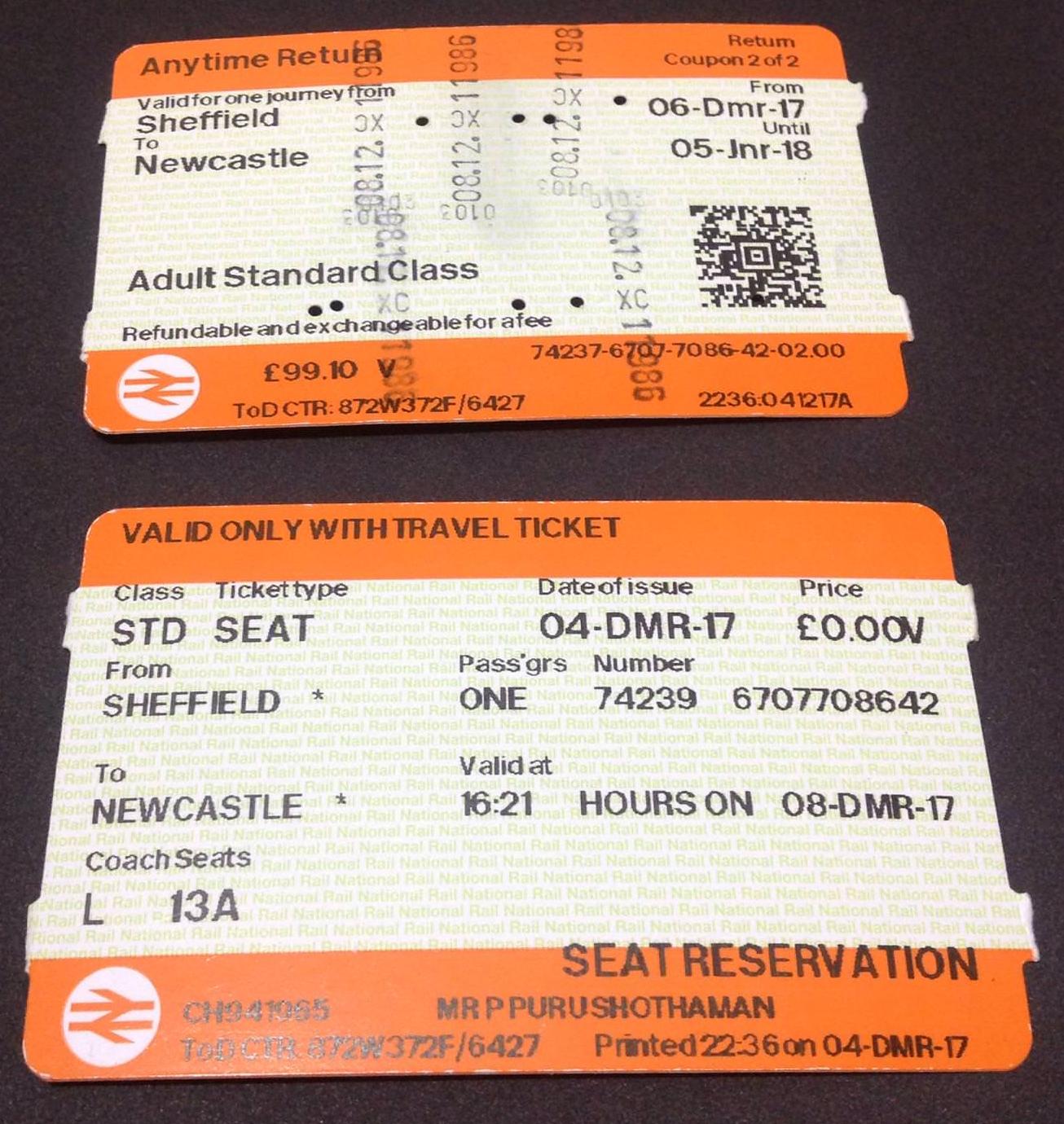 This incident made a huge impact today as I was travelling home after my work to meet my family, and this incident totally ruined my weekend. I am not sure why this incident was handled this way. I definitely would like to talk to the customer services team of Cross Country Trains to address this. I was wondering, if a weaker or a sensitive person boards the train and the same thing happens, how would the passenger react? Either they would have got a panic attack or they might have not travelled in the train.

This behaviour should be condemned, in my humble opinion. Just thought of letting people know about this incident so that, the passengers will be vigilant about their statutory rights and at the same time, the train staff will have the courtesy to behave in their respectful way with their customers they deal with. Hope Cross Country Trains would address this situation in an impartial way.

When your Phone has Run Out!