It’s the result of one of the world’s greatest social reform movements to de-stratify society...

A name is a powerful thing. Having the right name can open all the right doors. Having the wrong one can be hazardous to your health. 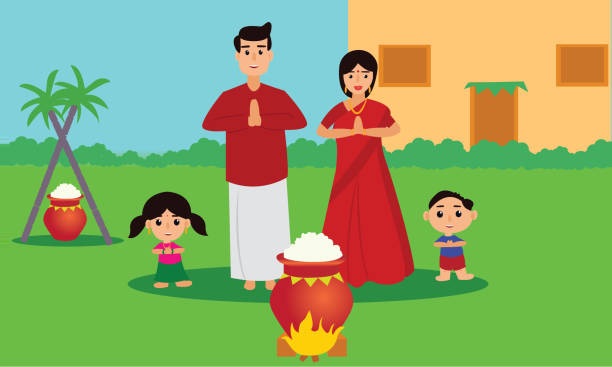 Names like Rockefeller or Kennedy can serve you well. If your surname is Bin Laden or Stalin - then you’re going to face some challenges.

Nowhere is the power of a name greater than in India - a nation home to hundreds of ethnicities and adherents of all the world’s major religions. A place where caste divisions still permeate society.

Know an Indian’s name and you instantly know their religion, ethnicity, and caste (a proxy for socio-economic status).

A Kaur is usually a female of the Sikh religion and Punjabi ethnicity; a Todiyattu would be a Muslim hailing from the southern state of Kerala, and a Chatterjee would be a Hindu of the priestly Brahmin caste from the northeastern state of Bengal.

Some people’s names even denote that their ancestors were dung carriers or leatherworkers (both heavily frowned upon in Indian society) or other types of “untouchable” Dalits outside of the caste system.

Having the wrong name can deny you job opportunities or marriage partners, see you be violently attacked, denied services (like entry into temples, adequate help from police), and face an endless litany of discrimination in everyday interactions. Much of this is not legal of course - but that doesn’t mean it doesn’t happen - even in the 21st century.

Amongst the Tamil community, however (now about 75 million strong) - there was a mass social reformist movement to try and break this cycle.

People were locked into their class-based lot in life. Even the monarch of the mighty British Empire himself could not choose who he was to marry - and had to abdicate the throne to do so.

What hope did a low caste Hindu have?

The communist revolution in the Soviet Union, as well as the rising tide of socialist movements across the globe, showed that it was possible to de-stratify societies.

Many Tamil leaders like Periyar decided the moral thing to do was re-make society such that people from backward castes have economic and social equality to those in forward ones.

This was to be realised through The Self-Respect Movement.

As a result of this movement - intercaste marriages were no longer deemed taboo, but in fact, encouraged. The Brahmin caste’s monopoly on performing marriage ceremonies (which saw them also be paid for these services) was also broken with non-Brahmin celebrants recognised.

It also sought to dismantle the patriarchy by encouraging equality for women; championed women’s rights over their bodies (for the first time promoting birth control in a nation deeply against it), as well as sharing of domestic and child-rearing activities.

Perhaps most revolutionary of all - it saw people drop their caste names as surnames. Instead, people took their father’s first name as their surname.

As first names were relatively fluid and intermixed across castes - this had the effect of instantly obfuscating the background of people.

This movement gained traction not just with Tamilians in India but also those across Sri Lanka, Singapore, Malaysia and beyond.

What is its legacy?

I can see this in my own family history. My great grandfather’s name contained his caste name as his defacto surname.

His son, my grandfather, born in Malaysia around 1910 had no discernable caste name - roughly around the time these social movements were gathering steam.

Now, a century on, many Tamilians (especially those overseas) are starting to drop patronyms and move back toward having standing surnames across generations.

My own children for example - share the same surname as me (as opposed to using my first name as their surname). This does not re-create the social stratification issue however - as the cycle of caste identification has now been broken.

To identify my children’s caste, someone will have to enquire back 4 generations - which is not just intrusive but can come across rude.

To draw a comparison on how it might have worked in a Western context: Imagine all those English folks with surnames like Mountbatten, Windsor, Hastings, Baker, Miller or Thatcher (each with clear indications of social standing) started adopting patronyms.

In just a couple of generations - all surnames would be more like George, Thomas, Matthew, or David (which in turn do not indicate any historic familial standing or connection).

If the English then dropped the practice of patronyms, and simply passed their own current surname to their children - you will forevermore have a series of Georges, Thomases, Matthews and Davids - with very little ability for the outsider to determine if your bloodlines linked back to the House of Windsor, or some baker from the Midlands.

Things to do at University of Leicester

The 1 ₹ Idli along with Care - Meet K Kamalathal, The 80-Year-Old Woman